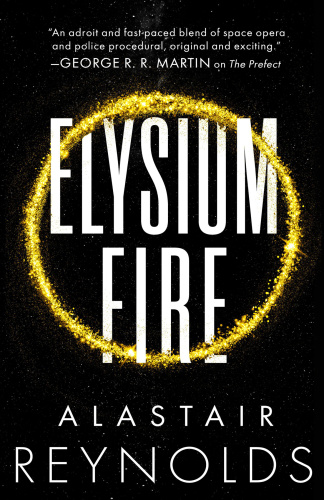 Description:
Elysium Fire is a smoldering tale of murderers, secret cultists, tampered memories, and unthinkable power, of bottomless corruption and overpowering idealism from the king of modern space opera.
Ten thousand city-state habitats orbit the planet Yellotone, forming a near-perfect democratic human paradise.
But even utopia needs a police force. For the citizens of the Glitter Band that organization is Panoply, and the prefects are its operatives.
Prefect Tom Dreyfus has a new emergency on his hands. Across the habitats and their hundred million citizens, people are dying suddenly and randomly, victims of a bizarre and unprecedented malfunction of their neural implants. And these "melters" leave no clues behind as to the cause of their deaths…
As panic rises in the populace, a charismatic figure is sowing insurrection, convincing a small but growing number of habitats to break away from the Glitter Band and form their own independent…