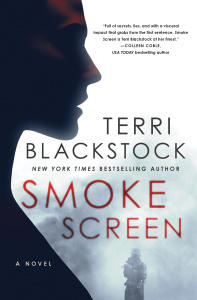 Descirption: A gripping new novel from New York Times bestselling suspense author Terri Blackstock.
One father was murdered. Another was convicted of his death. All because their children fell in love.
Nate Beckett has spent his life fighting wildfires instead of the lies and rumors that drove him from his Colorado hometown. His mother begs him to come back now that his father has been released from prison, but it isn’t until he’s sidelined by an injury that he’s forced to return and face his past. But that means facing Brenna too.
Fourteen years ago, Nate was in love with the preacher’s daughter. When Pastor Strickland discovered Brenna defied him to sneak out with Nate, the fight between Strickland and Nate’s drunken dad was loud-and very public. Strickland was found murdered later that night, and everyone accused Roy Beckett. When the church burned down not long after, people assumed Nate set the fire to get even for his father’s…